Leads the teams responsible for finance, commercial, acquisitions and divestitures and information technology 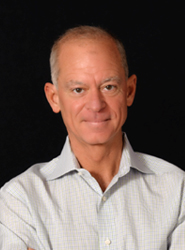 He has more than 30 years of experience in technical, commercial and international leadership. Wallette previously served as executive vice president, Finance, Commercial and chief financial officer; executive vice president, Commercial, Business Development and Corporate Planning; president, Asia Pacific; and president, Russia/Caspian. He was also a management consultant to the Russian oil company, Lukoil. Prior to his Russia assignments, Wallette was manager of production technology and also managed the company's Rocky Mountain region.

He is a member of Leadership Oklahoma and serves on the board of Theater Under the Stars (TUTS). Additionally, he has served on the boards of Lukoil and the United Way of Moscow, as well as director of the US-ASEAN Business Council and the Engineering and Advisory Council at the University of Colorado.

Wallette graduated in 1981 with a bachelor's degree in chemical engineering from the University of Southern California.