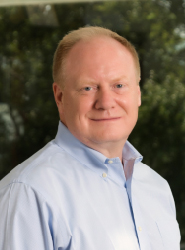 Lundquist and his team offer strategic advice to management on public policy, advocacy, regulation and compliance; and manage the company's response efforts. They also represent ConocoPhillips in matters of resource access, taxation and governmental regulation by taking a fact-based, cooperative and reasonable communications approach.

Lundquist has more than 30 years of experience in government affairs. Prior to joining ConocoPhillips in 2013, he was managing partner of BlueWater Strategies LLC, a Washington, D.C.-based consulting firm that he founded in 2002 to provide business and government relations advice to U.S. and international corporations.

He previously served as a director for Pioneer Natural Resources, for Coeur d'Alene Mines Corporation, and for Evergreen Resources.

Lundquist received a bachelor's degree in finance from the University of Alaska and a juris doctorate from Catholic University.