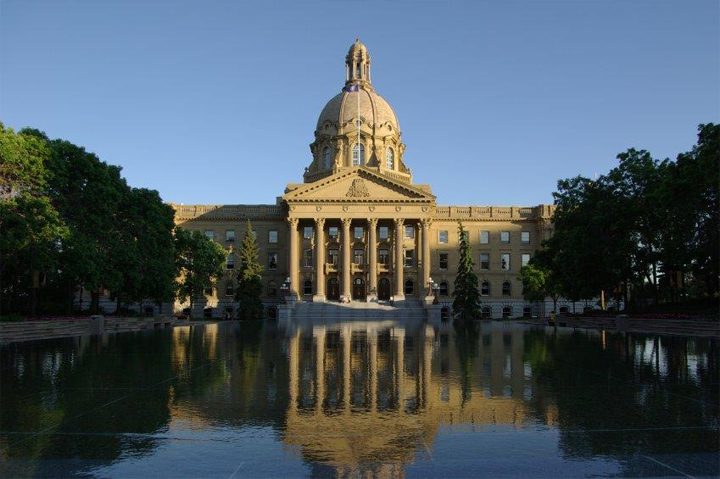 We believe that over the months and years ahead, governments — federal, state/provincial and local — will continue to act on climate-related risks. To succeed in a low-carbon economy, we must play a constructive role in public policy dialogue to devise practical, equitable and cost-effective approaches to reduce greenhouse gas (GHG) emissions and address climate-related risks.

Our  Climate Change Position outlines our principles of effective climate change policy. These principles continue to guide our engagement on climate change policy in the United States, Canada, Europe, Australia and other countries in which we operate.  We work with trade associations, industry peers and other key stakeholders to develop and use best practices and in efforts to align the policymaking process with our positions and principles.

We are a Founding Member of the Climate Leadership Council (CLC), an international policy institute founded in collaboration with business and environmental interests to promote a carbon dividends framework as the most cost-effective, equitable and politically-viable climate solution in the U.S. Participation in the CLC provides another opportunity for ongoing dialogue about carbon pricing and framing the issues in alignment with our principles. We also belong to and fund Americans For Carbon Dividends (AFCD), the education and advocacy branch of the CLC. We support and are advocating for a carbon price contingent upon four pillars - a gradually increasing carbon price, carbon dividends for all Americans, border carbon adjustments and regulatory simplification.

We have been actively engaged in climate-related discussions with policy makers and stakeholders since our first global climate change position was published in 2003. Since then, we have developed climate change action plans, set an emission intensity target, integrated carbon restricted scenarios into our strategic planning process and published carbon tax principles.

A well-designed carbon tax or other legislative proposal to fix and impose a price on carbon dioxide or other GHGs should meet the following principles:

Our approach to public policy engagement on climate change has evolved. However, we remain consistent in our view that market-based solutions at national and global levels, rather than a patchwork of less effective regulatory approaches, are most likely to be effective in reducing GHG emissions.

Shortly after the merger of Conoco and Phillips Petroleum in 2003, we published our first global climate change position. Since then, we have consistently used our Sustainability Report to detail our commitments, priorities and actions. We also first participated in the Carbon Disclosure Project (now CDP) questionnaire in 2003.

In 2004, we described actions that we would be taking to address climate change, including:

In 2005, we began trading in the European Union ETS.

Through our membership in the U.S. Climate Action Partnership (USCAP) beginning in 2007, we actively participated in efforts to design an effective legislative approach.

In June 2009, the American Clean Energy and Security Act of 2009 (HR2454) (Waxman-Markey) bill passed the House of Representatives. Although the USCAP Blueprint for Legislative Action was considered influential in the design of the legislation, we had serious concerns about some of the detailed elements in the bill. Following passage of the House bill, our focus turned to addressing issues of concern in the Senate version of the legislation. In order to intensify our company’s focus and resources on addressing the key issues, including the important role that natural gas can play in reducing U.S. GHG emissions, we announced in February 2010 that the company would not be renewing our membership in USCAP.

Through this more direct engagement, we were successful in helping to develop draft legislation that incorporated a more equitable approach to energy sectors while maintaining environmental effectiveness.  We issued a statement regarding the draft legislation introduced in the Senate in May 2010.

Since 2010, we’ve continued to work toward approaches that are practical and effective, including active participation in dialogue with trade associations like the American Petroleum Institute (API), industry partners and the government to advocate smart policy solutions.

In 2014, we publicly supported the Gas Capture Plan in North Dakota, now required, which took a pro-active approach to flare gas reduction. We entered into agreements with pipeline companies to ensure that required gathering infrastructure was available when needed in order to reduce emissions.

In 2016, we supported the U.S. Bureau of Land Management Onshore Order 1, electronic filings, as the proposed changes reduced work and errors and sped up response time for both industry and the government.

In 2016, the U.S. Bureau of Land Management (BLM) proposed a series of Onshore Orders. After careful review, ConocoPhillips opposed Onshore Order 9, the proposed Venting and Flaring rule, based on the conclusion that the BLM was overreaching their authority and the proposal created a duplication of federal authority with EPA. Our comments to the BLM included suggestions to remove many of the duplicative requirements. While we opposed many of the requirements in Onshore Order 9, we did suggest some changes to certain proposed requirements. For example, we agreed that the limits for royalty-free flaring should be changed and gave recommendations for the limits.

Since 2018, we have been a member of the Energy Advance Center (EAC), a voluntary association of energy and energy-related organizations dedicated to advancing the development and deployment of carbon capture, utilization and storage to achieve a cleaner energy profile and improve U.S. economic security. In 2018, Congress passed the Furthering Carbon Capture, Utilization, Technology, Underground Storage, and Reduced Emissions Act to enhance the 45Q tax credit to further incentivize carbon capture and storage technology deployment in the United States. The primary issue with the 45Q tax credit is the interpretation of what constitutes secure geological storage (SGS). In particular, we support the adoption of a commercially reasonable ISO standard to demonstrate secure geological storage in the context of captured carbon dioxide that gets sequestered underground for enhanced oil recovery projects. The standard should establish criteria for transparency and assurance that carbon dioxide removal is achieved. We also support self-verification of compliance with the ISO standard given that our tax officer would attest to satisfying the requirements of 45Q under penalties of perjury.

In 2019, we worked within the broad coalition of Climate Leadership Council members to better define details of the overarching implementation plan. That included work on topics such as carbon price escalation rates, points of taxation, regulatory backstop provisions, high energy-cost region challenges and a border carbon adjustment. While the policy work continues with CLC members, the results of that engagement are reflected in the more detailed CLC plan released in early 2020. We also engaged with members of congress directly and through Americans For Carbon Dividends. This included reviewing several proposed climate bills and continuing to offer technical feedback on those bills to elected representatives and their staff. The company remains engaged with representatives from both sides of the political spectrum.

In 2014, both the oil industry and environmental leaders in Alberta, Canada, realized they were at an impasse as public dialogue on the oil sands, pipelines and climate change had descended into a polarized debate. The provincial government wanted help to achieve their climate change policy commitments, and industry and environmental organizations realized it was time to try something different: to participate in a provincial climate policy that would recognize the importance of industry competitiveness. The groups were able to work together and agree on recommendations that the Alberta government included in its Climate Leadership Plan.

One element of the Climate Leadership Plan is the Emissions Limit for oil sands. In 2016, through our progressive work with leading environmental groups in Canada, we secured a seat on the Oil Sands Advisory Group (OSAG), one of only seven industry seats. Designed to advise the government on the implementation of the limit and other oil sands environmental issues, the OSAG includes members from industry, environmental organizations, and indigenous and non-indigenous peoples. The primary focus of the group is to consider how to implement the 100 million tonnes of CO₂ equivalent per year GHG emissions limit for the oil sands industry.

Many trade organizations we participate in have climate change positions aligned to ours. Where they do not, we have continued to offer our viewpoint and attempt to work with them to better align their position with ours. For example, while we are aligned with the broad climate change policy of the American Petroleum Institute (API), our position on the direct federal regulation of methane is different and we continue to work with API members on this issue. In the past year, we have also led or actively participated in several trade organization position updates and voted against or abstained from supporting specific actions requested by a trade organization. In addition, we have decided not to renew some memberships in 2020 because of misalignment on a number of policy topics, one of which is climate change. For more information about our governance and major trade associations please see Political Support Policies and Procedures.

At the COP-21 meeting in Paris in 2015, almost 200 countries agreed on a new global emission reduction framework starting in 2020. In 2017, President Trump announced that the U.S. would withdraw from the agreement. Prior to this announcement, we took actions to advocate for the U.S. to stay in the agreement. ConocoPhillips Chairman and CEO Ryan Lance publicly expressed his view that it was good for the U.S. to remain in the agreement. During meetings with White House energy advisors on the National Economic Council and National Security Council staff, ConocoPhillips Government Affairs and Executive Leadership Team members advocated that the U.S. should continue to participate in the agreement because:

We will continue to work to address climate change concerns by supporting effective, fit-for-purpose solutions that link to binding international agreements. We will also work to reduce emissions associated with our operations while ensuring the continued supply of affordable, reliable energy necessary for economic growth.