The company produces from fields in Bohai Bay in China and operates several producing fields in South Sumatra in Indonesia. In Malaysia, production continues from several fields in Block G, Block J and the Kebabangan Cluster (KBBC).

The Australia Pacific LNG Project has delivered stable production since its start-up in 2015. In 2020, the company sold its interest in the Bayu-Undan Field in Timor-Leste and the Darwin LNG plant, in Australia.

ConocoPhillips also has focused exploration and appraisal activities in the region. 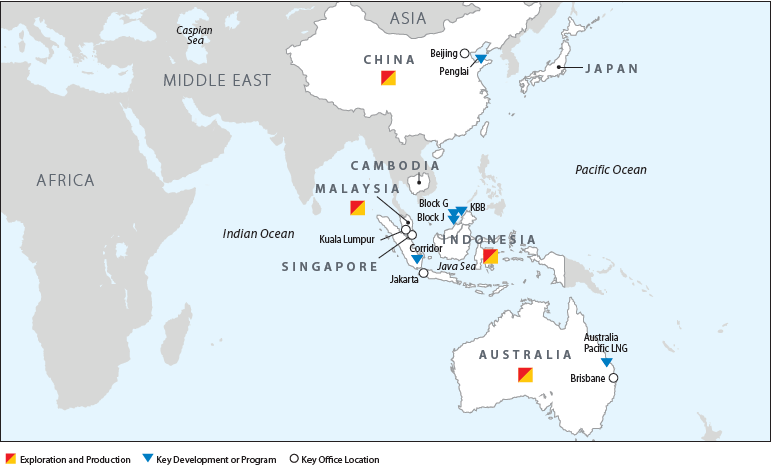 Asia Pacific at a Glance