Reducing greenhouse gas (GHG) emissions associated with our operations is an important part of our long-term corporate goals and often also yields economic benefits. Managing methane, which is the primary component of natural gas, is one of our key priorities and reducing even the smallest releases of methane from operating components is a key aspect of our Global Well Management Principles. In the liquids rich area of Montney, an unconventional resource basin located in northeast British Columbia, Canada, we designed a way to eliminate the majority of methane emissions by relying on air, rather than natural gas, to drive our equipment.

The Montney development is well-suited for a system that uses air due to the proximity of well pads to the central processing facility, which makes it economic and more efficient to run the air-driven equipment. However, the challenge was generating our own power to run the system onsite. 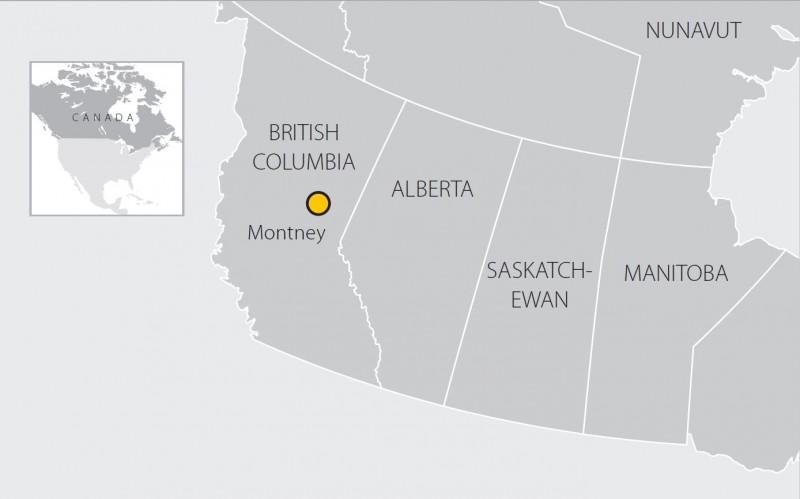 “The innovative design of the central processing facility relies on natural gas turbines to generate the electricity required to compress the air to operate valves and small pumps. Older plants and other remote facilities typically use process gas for the instruments, which requires venting, so we’re decreasing emissions by using air. It’s also safer for operations since you’re eliminating gas vapors from the enclosed space of the plant,” said Dave Strathdee, Montney plant engineer.

The British Columbia government is promoting hydroelectrical power as part of its GHG reduction strategy and is providing incentives for electrifying equipment.

“Other operators in the Montney area are close to the grid so it has been relatively simple for them to electrify. As the region develops, hydroelectricity power could reach our development in the mid-2020s, so going electric now means we could consider connecting into the grid at a later date. With hydropower having zero emissions, this would further reduce our environmental footprint significantly,” said Julie Dalzell, ConocoPhillips Senior Climate Change Advisor.

ConocoPhillips Canada received a $4.5 million royalty credit in 2018 from the British Columbia government for the methane-reducing plant design under the CleanBC plan. New regulations in Canada will require newly built facilities to use zero emission equipment and instruments by 2023, part of the government initiative targeting a 45% emissions reduction from the oil and gas sector. Operating Montney with an instrument air system, in lieu of natural gas, is also estimated to reduce carbon taxes.

“We didn’t know what the exact regulations would be when we were designing the facility but knew the focus would be on methane reductions and an increased scrutiny on methane emissions. Now we are in a great place to comply with the regulations,” Dalzell added.

The effort also supports our company-wide, long-term target to reduce our GHG emissions intensity between 5% and 15% by 2030. As a result of using air to power operations, early indications are that Montney may be one of lowest GHG intensity projects in the ConocoPhillips portfolio.