Operating in the sensitive ecosystem on the North Slope of Alaska isn’t simple. The remote terrain is defined by ecologically sensitive tundra, wetlands and abundant wildlife in the summer. Winters are harsh, with temperatures commonly dipping to minus 50 degrees Fahrenheit with winds that reduce visibility to near zero. That’s why our key values of protecting the environment and working closely with communities are especially important when developing the Willow project in the northeast portion of the National Petroleum Reserve-Alaska (NPR-A). 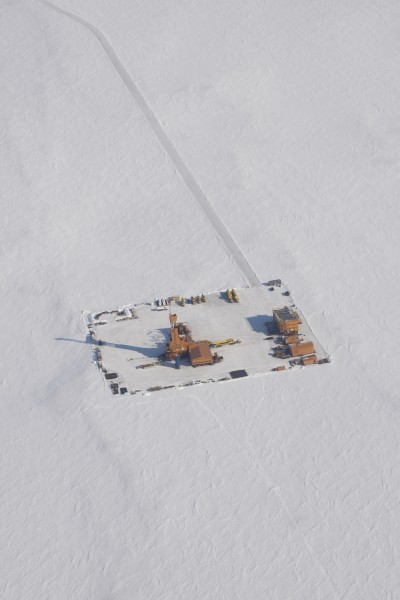 After publication of the Willow Draft Environmental Impact Study (DEIS) by the Bureau of Land Management (BLM) in 2019, residents expressed concerns about the proposed gravel island built specifically for unloading sealift modules. This prompted us to re-evaluate the project development plans. The proposed solution is a supplement to the DEIS that offers the option of offloading construction modules at the existing Oliktok Dock with onshore transportation via existing roads and a heavy haul ice road instead of constructing the island. The BLM will seek public comment about these proposed changes.

“Throughout 2019, we held over 60 meetings with stakeholders across the North Slope. These meetings were a great opportunity to listen, identify and address concerns, many of which revolved around our plan to construct a temporary offshore gravel island. With that knowledge, we challenged our team to develop an alternative approach and have since introduced a new option to the EIS process. This extended the permitting timeline, but really demonstrates how we can work to improve our project with input from the community,” said Connor Dunn, asset manager for the proposed Willow development.

At the request of the Nuiqsut whaling captains and the Alaska Eskimo Whaling Commission, we gathered additional marine mammal data in the area while the engineering team worked to develop other options to deliver the heavy modules. Under the updated proposed plan, lighter modules will be transported to the North Slope via the Dalton Highway or Haul Road. Heavier modules would first be delivered to the Oliktok Dock, then moved using existing gravel roads and land-based ice roads to the site of the Willow Central Facility (WCF). The ice road would be built to cross the Colville River near Ocean Point.

“An onshore option is preferred by stakeholders to reduce the potential impacts to bowhead whales and other subsistence marine mammals. It also reduces the amount of gravel needed for the project which helps minimize the amount of gravel mining activity near Nuiqsut and shrinks the surface footprint of the mine, both of which are also concerns in the community,” noted Lisa Pekich, director of village outreach for ConocoPhillips Alaska.

The modules will consist of separation facilities, power generation, gas compression and water handling. They can weigh up to 3,000 tons and can be as tall as a seven-story building. During the summer months, the modules will be staged at a gravel pad in the Kuparuk field. In the winter we will transfer them, via existing Kuparuk gravel roads, to a dedicated ice road leading to Willow. The width of several infield gravel roads for the Willow development, including the airstrip access road, have been reduced from 32 feet to 24 feet in the supplemental plan. We are also proposing a 25-mph speed limit, down from 35 mph, a decrease intended to improve health and safety and better protect the environment by reducing potential impacts to wildlife and decreasing the amount of dust generated by traffic.

“We are continuing to engage stakeholders on other minor project changes, including introducing three boat ramps into the project at the creek crossings, which we heard might be useful for subsistence access from Nuiqsut community members,” added Pekich.

The supplement to the DEIS does not significantly change the schedule for Willow’s development; first oil is planned for the 2025-2026 timeframe. The potential multibillion-dollar development could produce in excess of 100,000 barrels of oil per day. The proposed project will create thousands of construction jobs and hundreds of permanent jobs, and contribute substantial revenue to federal, state and local entities.

Although the federal government manages the NPR-A, 50% of the revenue received by the federal government from oil and gas leases and production must be paid to the state of Alaska to fund the NPR-A Impact Mitigation Grant program. These “impact funds” are designated for planning, construction, maintenance and operation of public facilities and for provision of public services. Communities most directly impacted by resource development in the NPR-A are given priority for funding.

“In 2019, we worked with the City of Nuiqsut, the Native Village of Nuiqsut and the Kuukpik Corporation to form the Nuiqsut Community Development Foundation. The purpose of the foundation is to provide resources to Nuiqsut to manage these grants and provide services and infrastructure to support the community,” Pekich noted.