The company’s Canadian operations are comprised primarily of oil sands assets in the Athabasca region of northeastern Alberta and unconventional development in western Canada.

Current investment programs are focused on the operated Surmont oil sands development and the liquids-rich Montney unconventional play in northeastern British Columbia. Surmont is a steamassisted gravity drainage (SAGD) development that contains over a billion barrels of captured resources in the plan and there is further resource upside from the company’s other Canadian oil sands assets. At Montney, the company has progressed exploration and appraisal activities and plans to grow production significantly through the next decade. 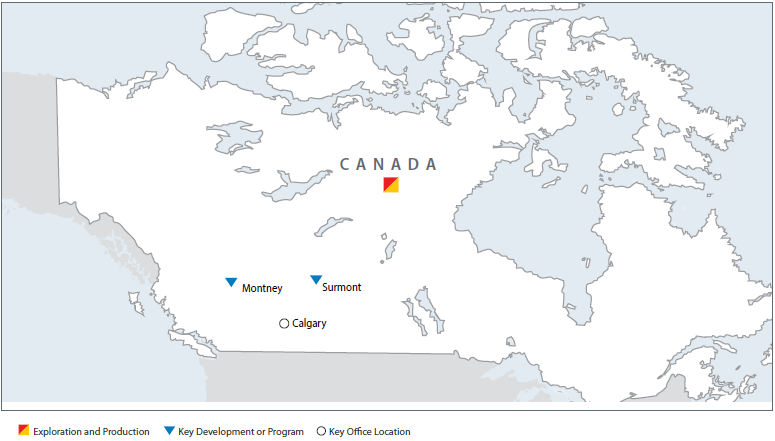 Canada at a Glance