Significant oil exploration and development opportunities still exist on the North Slope of Alaska, with 75 percent of the company’s exploration portfolio undrilled. Final appraisal of the Willow and Narwhal discoveries are underway in 2020. Additionally, the company acquired the Nuna discovery acreage, expanding the Kuparuk River Unit.

In 2019, the company announced its intention to sell approximately 25 percent working interest in the Kuparuk River Unit and in Western North Slope operations, including undeveloped acreage in the NPR-A. 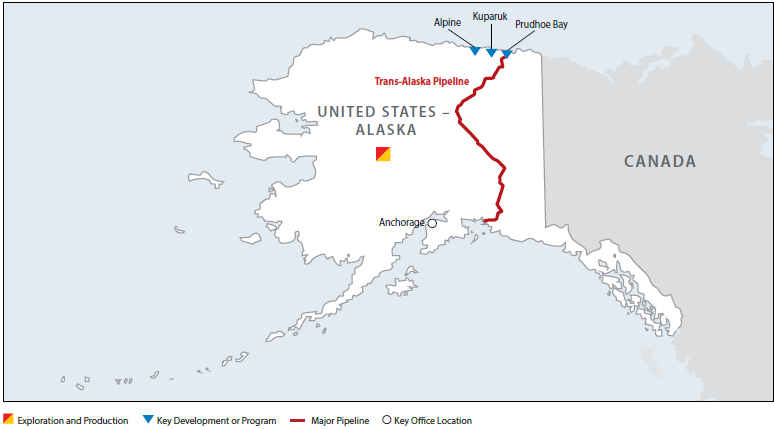 Alaska at a Glance

Full-year 2019 production in the Alaska segment was 182 MBOED.