Oil sands are naturally occurring geologic formations that contain a mixture of water, sand and thick, heavy oil that can be found in many parts of the world. 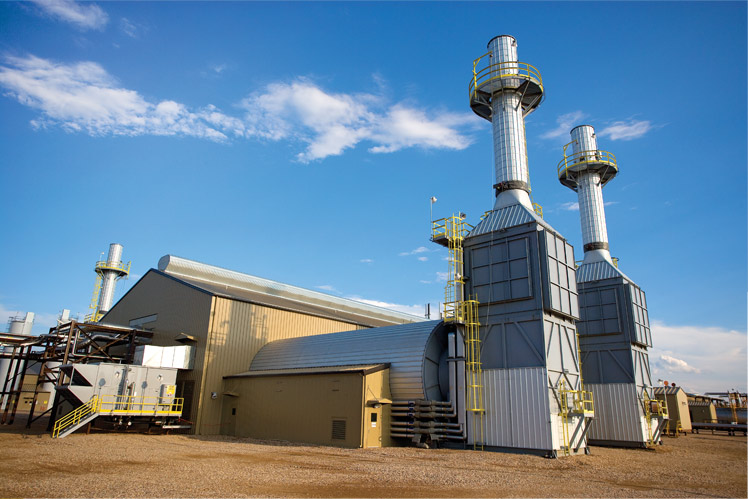 The largest oil sands reserves are located in Canada. As global energy demand grows, Canada’s oil sands are emerging as one of the largest and most reliable long-term energy sources in the world.

This resource requires special extraction methods to get it out of the ground and into a state where it is fluid enough for transportation by pipeline. Extracted oil sands crude can then be refined into gasoline and other hydrocarbon products.

Getting Oil Sands Out of the Ground

Oil sands are recovered using two methods, depending on the depth of the reserves.

Surface mining is used when bitumen is within 250 feet of the surface.

In-situ recovery techniques are used to extract deep deposits of bitumen without removing the soil and materials above it. While approximately 20% of the total oil sands’ recoverable reserves are close enough to the surface to be recovered through surface mining, the vast majority of oil sands deposits average depths of 1,300 feet below the surface. These deposits can only be recovered using in-situ recovery techniques, such as steam-assisted gravity drainage (SAGD).

SAGD involves injecting steam underground through a horizontal well to liquefy the bitumen and pump it to the surface for further processing.

A pair of horizontal wells is drilled from a central well pad. In a nearby plant, steam generators transform water into steam, which then travels through above-ground pipelines to the wells. The steam heats the bitumen until it reaches a temperature where it can drain to the producing bottom well. Steam injection and oil production happen continuously and simultaneously.

The resulting oil and condensed steam mixture (emulsion) is then piped from the producing well to a nearby plant, where it is separated and treated. The water is recycled for generating new steam, and our heavy oil is blended with synthetic crude oil and shipped by pipeline to the United States for refining.

Ed Latimer is passionate about gunk, most notably the kind produced by steam boilers used in oil sands recovery

Steam injected into a well using the SAGD (steam-assisted gravity drainage) production method condenses to water and along its path picks up impurities. Continued accumulation leads to fouling in the steam boilers, requiring more frequent boiler outages to clean the tubes.

Latimer is lead principal engineer of the Novel Processes team in out Oil Sands Technology group. To study the problem using boiler feedwater samples, the team created a 1/1000th scale replica that simulates actual boiler conditions. The equipment reduces thousands of feet of tubing to just 22 feet, using 20,000 watts of electrical heat. Thermocouples placed along the pipe length indicate areas where higher temperature may reflect a buildup inside.

“The test unit is designed to accelerate fouling, allowing us to run a test more quickly. We run four gallons of water an hour, about 100 per day. After fouling material has built up, we cut up the pipe, scrape out the deposited material and send it out for chemical analysis.”

What does the future hold for Latimer and his team? “Right now we’re trying to understand what specific impurities in the water are responsible and what the mechanism is for laying deposits down on the wall. Once we achieve that, hopefully in early 2013, we’ll start testing mitigation methods.”