Mike Timmcke has worked at ConocoPhillips for the last 16 years, where he’s held several interesting positions in Alaska, Indonesia, China and now Australia. Mike’s currently the Integrated Operations Support Manager in Perth, where he leads the team in planning, engineering, marine, maintenance and project support for DLNG and Bayu-Udan. 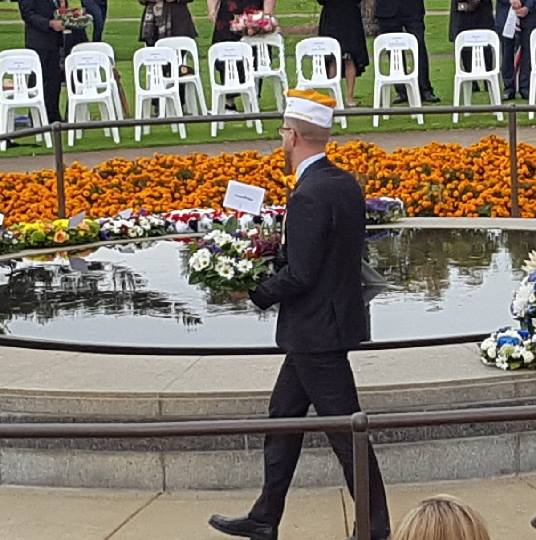 Life for Mike hasn’t always been within the oil and gas industry. Mike is fourth generation U.S. Military and had a transient upbringing, moving around the world as his father was reassigned to different U.S. Airbases. Enlisting in the U.S. Navy aged 18, Mike was selected for a Reserve Officer Training Corps scholarship before starting boot camp. He completed a Mechanical Engineering degree in 1995 at the University of Kansas as an ROTC midshipmen and was commissioned as an active duty Ensign in the Navy.

Mike’s first assignment was as an Engineering Officer onboard USS Stethem (DDG63) where he was deployed to the Persian Gulf to enforce UN sanctions against Iraq. As an Operations Officer at COMPHIBRON11, he helped defend Kuwait during Operation Desert Fox and supported International Forces East Timor following their Independence Referendum. Mike left active duty in 2000, returning to Alaska to continue his engineering education. That plan was cut short after September 11, which saw Mike recalled to active duty to serve as Ordinance Officer. He received a full Reserve Retirement in 2016 after a combined 20 years of Active and Reserve service.  He likes to brag that he is already a “retiree”.

It’s this military service that saw Mike recently lay a wreath on behalf of ConocoPhillips at the USA Memorial Day service in Kings Park on 29 May. ConocoPhillips has been a proud sponsor of the North American Veteran’s Unit for the past four years.

Now that Mike calls Perth home with his wife Crystal and their three beautiful children, he’s become enamoured to the sport of rugby union to the point that he manages his son’s team! Mike also counts himself as a Fremantle Dockers (AFL) fan.

Outside of work and sport, Mike’s on the leadership team of the C3 Church in Scarborough and serves as Chaplain and founding member for Perth’s Veterans of Foreign Wars Post 12163.