Significant oil exploration and development opportunities still exist on the North Slope, with 75% of the company’s exploration portfolio undrilled. Final appraisal of the Willow and Narwhal discoveries was completed in 2020.

In 2019, the company announced its intention to sell approximately 25% working interest in the Greater Kuparuk Area and in Western North Slope operations, including undeveloped acreage in the National Petroleum Reserve — Alaska (NPR-A). 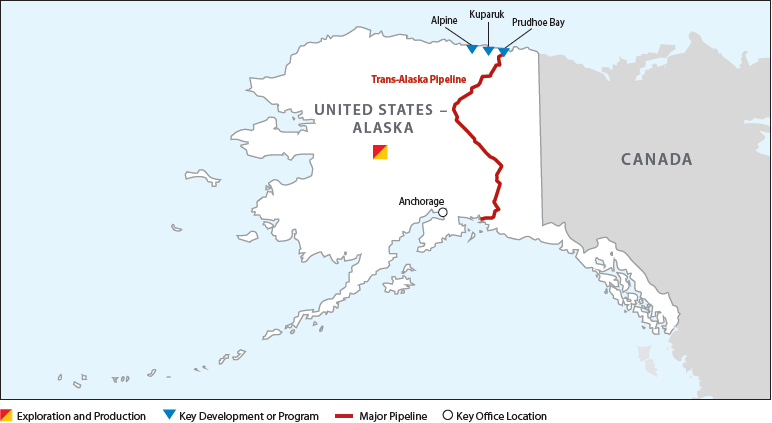 Alaska at a Glance

Full-year 2020 production in the Alaska segment was 198 MBOED.