Combustion and venting are the two primary sources of nitrogen dioxide (NOx), sulfur dioxide (SOx), volatile organic compounds (VOCs) and particulate matter (PM). We design infrastructure and operate in a manner that protects air quality and reduces emissions. As an exploration and production company, our criteria air pollution emissions are minimal compared to midstream and downstream companies. 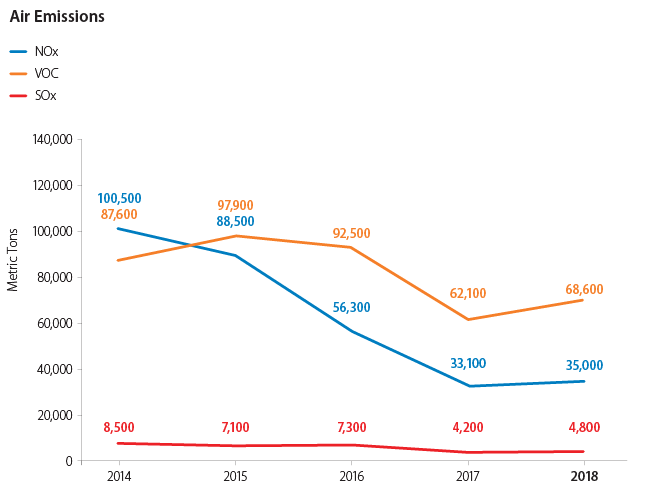 The international Gothenburg Protocol was established in 1999 to reduce numerous pollutants including NOx emissions. Our offshore projects in the North Sea have historically required combustion of diesel and natural gas for power and flaring. In Norway, the government and industry established a NOx fund to facilitate emission reductions and provide participating companies with funding to assist with the development of NOx reduction projects. The fund led to Norway surpassing its protocol reduction commitments. ConocoPhillips contributed to those reductions with a number of projects that reduced NOx by approximately 280 tonnes per year, equivalent to the emissions from 300,000 – 400,000 diesel cars. The four projects at our offshore facilities include: